In the Spring of 2016 I was participating in the Old Florida Celebration of the Arts, an outdoor Art Festival in beautiful Cedar Key, Florida.  The weather was perfect and there was a steady flow of people enjoying all the amenities of the festival, food, music and art.  I was especially enjoying conversations with people who walked into my booth.  I loved learning what they saw in my paintings and telling them about my discoveries and processes.

Evelyn Snyder introduced herself to me and we had a great conversation about the Energy Paintings and she finally told me that she was the curator of exhibits for the Larimer Gallery in Palatka and asked me if I would like to have a show there.  I told her I would love to come and visit the Gallery and see how my work would fit there.  We exchanged phone numbers and she went on her way to see the rest of the show.

No more than fifteen minutes passed before a Stephan entered my booth and we also had a deep conversation about art and painting and music and creative energy.  We exchanged cards and he left to see the rest of the show.

The next week I called Evelyn and we arranged to meet at the gallery.  It’s only about an hour and a half drive from where I live on quiet roads through the countryside.  I was amazed when I saw the gallery.  It had once been a library and the Arts Council turned it into an Arts Center.  The layout included a curtained stage where theatrical productions were performed, a large room in the center with a magnificent vaulted ceiling, and two other large rooms with big windows, benches where visitors could relax and enjoy looking at the art, and plenty of wall space for hanging works of art.  There is also a kitchen and serving area, perfect for art receptions.

The vaulted ceilings provided interesting acoustics and I asked Evelyn if we could have live music at the reception.  I immediately remembered that Stephan had told me that he played the cello.  Evelyn agreed that it would be a good idea to have cello music.  We set the date for Friday, June 10, 2016. 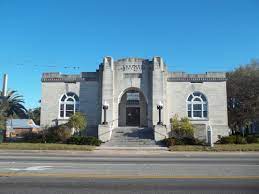 So I contacted Stephan and was so excited that he was available and agreeable to playing at the reception.

Stephan played beautifully during the reception, accompanied by his friend Frog, who played an instrument he made called the “Nightingale.” While they were playing, I was talking to other guests at the reception about Creative Energy. I had brought a blank 16″ x 20″ canvas and assorted paints and brushes and invited all the guests to put their brush strokes and their personal energy into the painting – it would be a “Collective Energy Painting” which I would finish after the show concluded.

When I stopped talking Stephan called me over to where he and Frog were playing. He said “See that painting over there?” as he pointed to one of my Energy Paintings on display. “This is how that painting sounds.” he said and improvised a beautiful melody on his cello that did, indeed, sound the way the painting appeared to me. Then he played an entirely different melody that reflected another painting. This interaction was so inspiring to me that I decided in that moment that I wanted to make a painting that was a visual representation of the music that he was playing.

A few weeks after the reception I learned that Stephan and Frog would be playing at the Bo Diddley Plaza in downtown Gainesville. I took my camera and went to the Plaza and took several photos that I would use as reference for the painting I would make.

As you can probably see, I chose the first of these 3 photos as the primary reference for the painting.

Stephan and Frog played again at another reception at the Larimer Arts Center in November of 2019. He also played at my reception at the SL8 Gallery in downtown Gainesville in September, 2019 when I gave him the painting.